The Land of Milk and Honey

As the magnificent Victoria Falls washes down onto a country whose political reputation should not deter any traveller from seeing its incredibly beautiful landscapes, Zimbabwe should be a tick on everyone's bucket list! The Falls are just a marvellous gateway to some amazing wildlife safaris. Hwange National Park offers some of the best wildlife experiences on the continent, while further down the Zambezi, Mana Pools is an ancient wilderness – and a world heritage site – paved with enormous trees and exceptional wildlife viewing. Zimbabwe is a memorable safari experience from North to South! 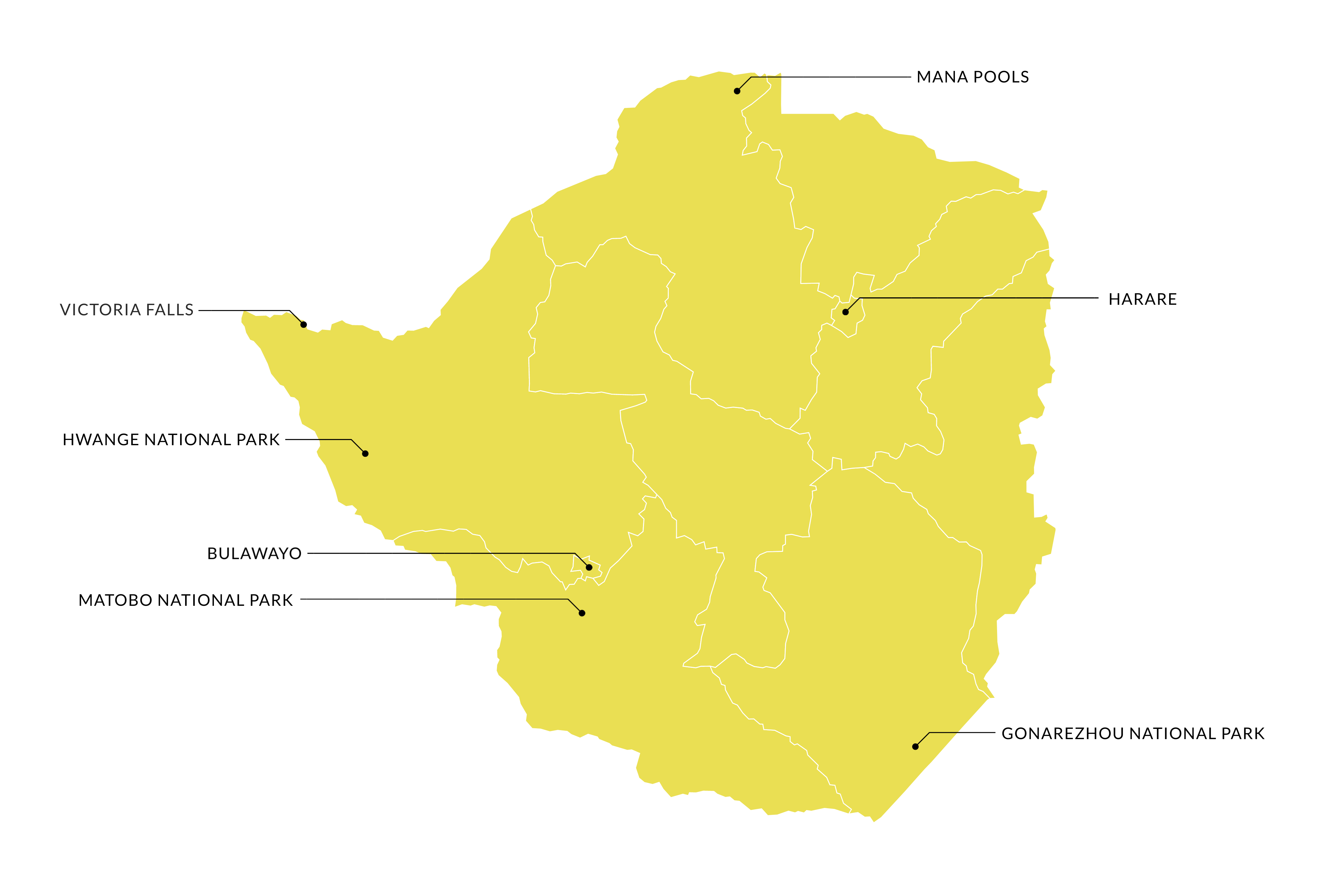 Hwange National Park is home to over 400 species of birdlife and one of Africa’s largest elephant herds.
Mana Pools—a UNESCO Natural World Heritage—where droves of wildlife flock in dry season.
Home to Lake Kariba, the largest man-made lake in the world.
The ruins of Great Zimbabwe, once home to one of Africa’s oldest civilisations as well as (legend has it) the Queen of Sheba.

Zimbabwe is a landlocked country situated between two great rivers: the mighty Zambezi cuts along its northern frontier, forming the border with Zambia, while the languid Limpopo forms the southern border with South Africa. In between, the country has a variety of habitats, from the granite hills of the Matopos to the majestic mountains, lush forests and beautiful rivers of the Eastern Highlands. As such, there is much to attract the traveller, from wildlife viewing and adrenalin adventures to encountering the history of the Zimbabwean people going back thousands of years. Zimbabwe is once again coming into its own, combining a wealth of scenic landscapes, remnants of ancient civilisations, incredible wildlife and adventures galore.

WHEN TO VISIT ZIMBABWE

Generally, the days are bright and sunny and the nights clear and cool. November to April are the summer months (which is also the rainy season) while winter is from May to August (which usually has dry weather). September and October are very hot and very dry. The winter months from May to August inclusive, can bring freezing temperatures (below 0°C sometimes) in the early morning and evenings.